The beneﬁt concert also features an appearance by Louis Price, the former lead singer of The Temptations and The Drifters.

Polson, a member of the late Rick James’ Stone City Band, has been an accomplished saxophonist/ composer since the age of 13. He’s earned several music degrees and worked for many years as an educator before dedicating himself to a life as a performer. His CD, “Paradise Volume 1,” is available worldwide.

Polson’s band will consist of  Poison on sax; Brian Healey on bass; Laura Cunard on keyboards; plus a trio of Lassen locals: Dr.Todd Murray on drums; Jolm Darnell on percussion; and Thomas Braun on guitar. Two noteworthy musicians from Portland, Ore. will appear at the concert – Cunard, and  Healey.

Cunard has been studying and performing music since she was a young child. At 11 she began playing for weddings; by15 she was playing and singing in dance bands. She spent her college years pursuing a classical piano performance degree and touring in  top-40 bands, jazz ensembles and working piano bars. Today she is one of Portland’s most in-demand musicians, working as a vocalist, pianist, and educator. She also hosts a weekly jazz jam. Her first CD as a bandleader, “Gypsy in My Soul, ”is due to be released in 2017.

Healey has played bass professionally for more than two decades. He is a graduate of the Hartford Camerata Conservatory and has studied privately with acclaimed musicians Dave Santoro,  Dave Holland, Michael Moore, and Joey Baron.

Advance tickets for the concert and dance are available at the Lassen Community College Bookstore, the Lassen County  Chamber of Commerce and Margie’s Book Nook. 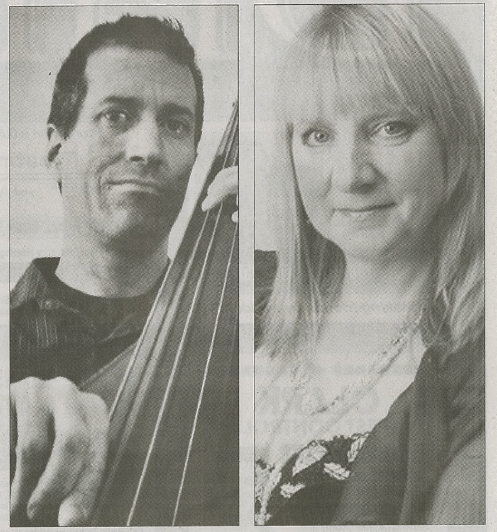 Bassist Brian Healey, a chameleon sideman, has appeared both nationally and internationally. He will join Kenney Polson at the Lassen College Foundation’s benefit concert at 6:30 p.m. Friday, Feb. 24 at the Lassen Community College Sports Complex.