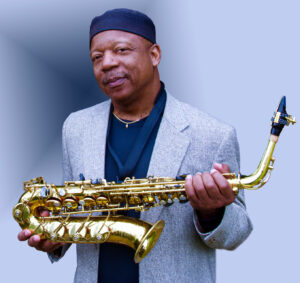 As the song title suggests, smooth jazz saxophonist Kenny Polson goes the Brazilian route on “Aquarela Do Brasil,” a song written in 1939 and recorded by such luminaries as Elis Regina, Antonio Carlos Jobim, Django Reinhardt, Frank Sinatra and Dionne Warwick. Polson uses his full, rich tone to interpret the tune at medium tempo, unfolding the melody slowly and sensually. He’s backed by a horn section, which contributes a bright energy. Sprinkles of Brazilian percussion add zest.

“Aquarela do Brasil” leads off Polson’s new album, Colors of Brazil. He plays tenor and soprano on several of the country’s favorite tunes, including “Leva E Traz” and Caetano Veloso’s “Luz Do Sol,” as well as a samba version of Ellington’s “Caravan.”

Based in the Pacific Northwest, Polson has lived and performed in more than 50 countries. He has toured Japan, Korea, Hawaii, Colombia, Brazil, France, and over a dozen Caribbean Islands. In 2016 and ‘17, he toured far and wide as part of Rick James’s Original Stone City Band. The saxophonist has played live with Joe Williams, Gil Scott-Heron, David Sanborn, Kenny Burrell and others. Besides being a popular recording and touring artist, Polson is an accomplished composer and educator.